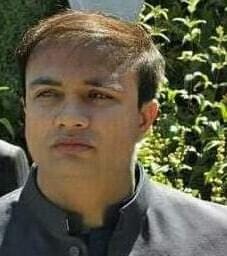 He started his voyage from eye-catching citrus area (Kot momin) District Sargodha and after completion of metric, he proceeded to FC College Lahore for Intermediate Studies. Then he completed his LLB (Hons) Shariah & Law from the International Islamic University Islamabad. Thereafter he completed his LLM (International Law) from the same institution. Then he completed Ph.D from the University of Punjab. After three years practice, he joined university of Gujrat as head of School of Law. After serving one year, he joined GC University Faisalabad as assistant professor and served also there as chairman college of law. He has travelled to Europe twice in order to present his research papers in the international conferences. He has many research publications which have been published in international journals. He has also supervised many research thesis of LLM in GC University Faisalabad. He also remained in visiting faculty of University of Punjab and university of Lahore. He has not only experience of teaching of law but he also remained associated with different training programs and workshops conducted by Society for Enforcement of Rule of Law (SERL). Besides his educational and professional activities, he has keen interest in sports and extracurricular activities. He became part of district judiciary in 2015 as Civil Judge-Cum-Judicial Magistrate. He remained posted at different districts since then and dealt with civil, family and criminal work and now he is working as Research Officer at Lahore High Court Research Centre.