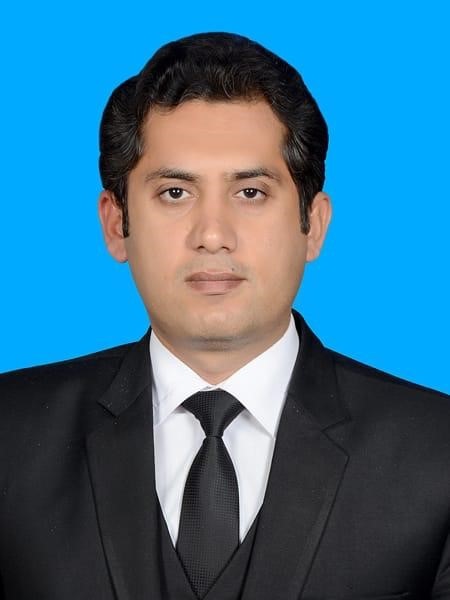 Hails from the city of Bahawal Nagar, he completed graduation from Government Post Graduate College Bahawal Nagar in 2004. He completed his LL.B in the year 2009 from Quaid e Azam Law College, Lahore and started practicing law. He completed degree of masters in Political Science from the University of Punjab in the year 2011. In 2013 he was selected as Assistant District Public Prosecutor through competitive exam administered by Punjab Public Service Commission and served till March 2014 when he was appointed as civil judge by Lahore High Court Lahore. He served as civil judge at Lahore and as Judicial Magistrate at Model Town, Kasur and Lahore Cantt. He adjudicated upon thousands of civil and criminal cases. Endeavor to learn remained alive and he completed his LL.M studies from National College of Business Administration, Lahore in 2018 and selected a relatively new phenomenon of ‘Community Service as an alternative to sentence, applicability and shortcomings of the concept in Pakistan’ as the topic of his research. He received certificate for one week capacity building training program of research work on 13.07.2019 from Punjab judicial academy. He also received extensive training on legal research, analysis and writing held at LUMS on 05.10.2019. Apart from giving his due as a civil judge/judicial magistrate, he also performed various tasks of administrative nature assigned by Lahore High Court, Lahore.