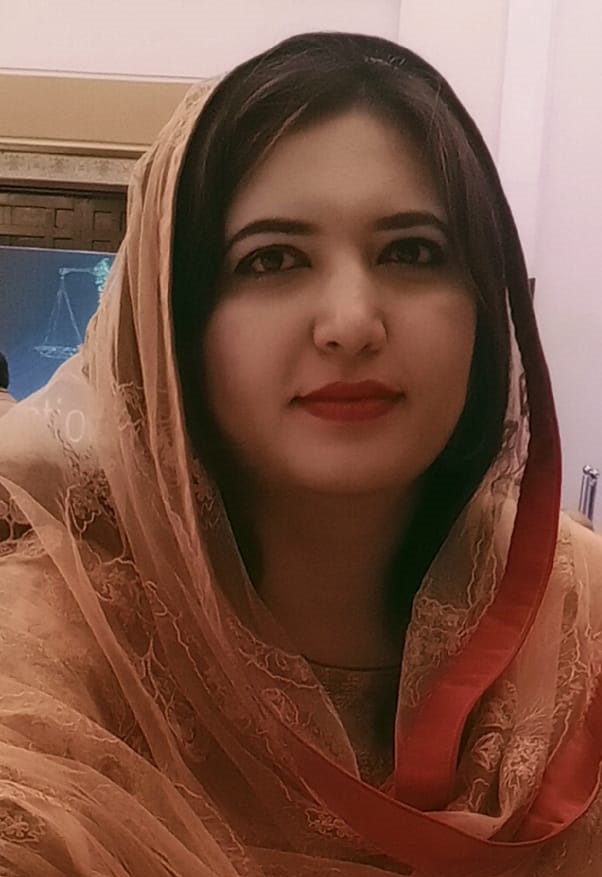 She belongs to a remote village of District, Okara. In her educational career, she passed her matriculation Exam in the year 1998-1999. She did her F.Sc in the year 2000/2001. She completed her B.Sc. in Mathematics & Physics in the year 2002/2003. She did her M.A (English) in the year 2006. She passed her LL.B exam in the year 2007. She secured 4th position in LL.B Examination 2006 from The University of Punjab for which she was awarded by president of Citizens Council Okara. During her professional career, she has argued a number of cases of civil, criminal & family nature before The District Courts & Honorable Lahore High Court. She was appointed as Trial Court Judge/ Civil Judge in the year 2010 in her first attempt. She has decided numerous civil, criminal, rent and family cases while posted at different stations. She has also served as Special Judicial Magistrate at Model Town Courts, Lahore. During said period, she has conducted exhumations & numerous Identification Parades. She has participated in different workshops and training programs conducted & organized by PUNJAB JUDICIAL ACADEMY. Her efforts for organizing international conferences in 2015/16 were duly recognized by Lahore High Court when she was awarded an appreciation certificate and shield by Hon’ble Mr. Justice Mansoor Ali Shah, the then Chief Justice Lahore High Court, Lahore.